Butts in dust, doing nutting all over the face of this place! Xavier: I hate to brag my britches but I'm a rather large medium when I penetrate the gray veil. Baleed me once I get this dead motor mouth yapping through me he won't stop chewing my lips off till I have to knock his black off and jack our mouths off. Xavier: Mine is the story of a man searching far and wide, fat and thick and deep for his mother once thought dead.

Have you seen her? She's about yay tall and about ooh big [cupping where breasts would be on his chest] and about ooh nice [groping his crotch]. I have a sketch you could print [pulls out sketch of himself]. Xavier: Does your paper have a missed connection section? Take this down! 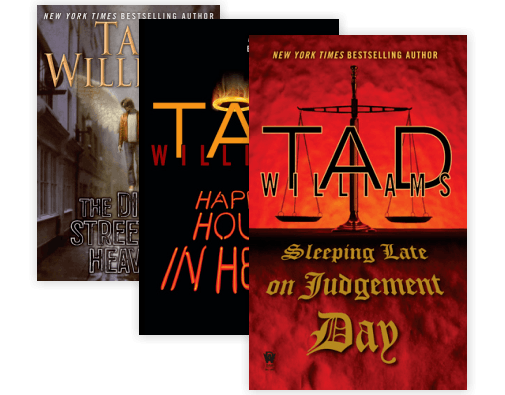 You: Sandy, 5ft blonde, pretty drunk, we made passing eye contact while you were giving birth to me. I suppose I have an advantage over the viewer who saw them separately when they first aired because I've been able to compare one to the others.

Wendy Alec on writing the Chronicles of Brothers series

The first two were fine, despite some unforgivable southern accents and Terri Garber's poor "Scarlett O'Hara" imitation. It opens with the death of a central character who is clearly not played by the same actor since they really only show him from behind. Then the killing continues Central characters meet their doom left and right. Then there's the quick introduction of a character, Cooper Main, who doesn't exist in the first two installments.

He is badly played by Robert Wagner and I have yet to figure out the familial connection except that Madelyn states that he's her brother-in-law. There's also the tired plot device that has characters in total peril when, out of the blue, someone shows up to stop the torment. This happens a lot. The first two mini-series were enjoyable, if recognizable Civil War soap operas Explore popular and recently added TV series available to stream now with Prime Video. Start your free trial. Top-Rated Episodes S1. Error: please try again. Serier Jeg Eier. Completed Series.

TV Movies I Like in no particular order. TV series.


Use the HTML below. You must be a registered user to use the IMDb rating plugin. Episodes Seasons. Learn more More Like This.

The book is the greatly expanded follow-up to the early days material first explored through my Judas Priest: Heavy Metal Painkillers , issued in and now long out of print. Pink Floyd: Album by Album is my hard cover, full colour coffee table book in which I have two to four Floyd experts per studio album go off about all things Floyd, namely Roger, Dave, Syd, The Wall , prog, psych, production, album covers, power struggles, guitar solos, effects, lyrics, Roger vs.

A megachurch pastor’s search for a more forgiving faith.

Caught in a Mosh: The Golden Era of Thrash is my detailed and intensive timeline with quotes history of the magical early maturity years of thrash, roughly late to late In the ascendance are all of the big four, and their glory years are loudly celebrated in this second of a trilogy, and follow-up to Hit the Lights. Rush: Album by Album is my already effusively received page full colour coffee table book analyzing every Rush studio album along with an army of experts. The panel includes rock stars, tribute band members, the creators of Rushcon and other smart-as-a-whip Rush thinkers, who make this book come alive with their insights on the inventors of progressive metal.

Piles of memorabilia shots make the story come alive, along with tons of first-hand accounts from a bunch of thrash greats. Punk Tees: The Punk Revolution in T-Shirts is my page full colour celebration of the history of punk as told through the T-shirts, published by Sterling.

Dozens of people who were there are gathered for their memories on the shirts, the shows and the significance of the punk bands featured. Presented in cute nine-inch square hard cover format, gorgeous layout completes the symphony of sights about the sounds. There are two colour photo sections plus my usual large array of black and white memorabilia and live shots.

The first Accept book ever. Features new interview content from most of the principle members, and substantial more from Joe Bouchard, Al Bouchard and Sandy Pearlman. Wind of Change: The Scorpions Story is the updated and expanded version of Scorpions: Top of the Bill , bits of added commentary throughout, but most significantly, a new chapter covering the Return to Forever album.

Time and a Word: The Yes Story is my page detailed timeline with quotes oral history of the complete history of Yes from birth to the sad demise of Chris Squire. Also included is a pile of material on solo careers and side-projects, as we explore this complex band of prog rock innovators. Black and white as well as colour photos enhance this deep fan experience.

Gorgeously appointed and designed in an explosion of color, Ramones at 40 is an effortless read but one that covers the whole enchilada. Wheels of Steel: The Explosive Early Years of the NWOBHM is my page detailed timeline with quotes tour de force examining the important milestones from the s leading up to the New Wave of British Heavy Metal, along with an intense and loud examination of the British metal scene as it existed in and Who Invented Heavy Metal?

Action-packed footage from ish of my own interviews. Published by the classy Soundcheck books out of the UK.

If you dug the trip we took with the Maiden book, this is an encore performance, but just a little prettier. It's my usual styles, over , words, lots of pictures etc. Tons of fresh interview footage etc. The Art Of Metal is a unique trip through metal artwork partitioned by genre. Edited and overseen by myself and Malcom Dome, we each also wrote a chapter, with the other chapters by esteemed rock critics.

This is as much a top-flight design book as anything, but there is much to read as well, with a ton of first-hand dialogue from rockers and designers and illustrators throughout. Metallica: The Complete Illustrated History is my doorstop of a celebration of all things Metallica, featuring the complete story succinctly, plus involved reviews of all the albums by famous rock journos, all served on a crisp bed of pictures and more pictures. Stuffed with photography and memorabilia shots, the book is a labyrinth of Maiden trivia presented in diary format, with tons of illustrative quotes from my mostly unpublished Maiden archive and beyond.